by appointment only (HR)

One of the usual methods that big corporations use to ‘acid test’ the next wave of top line management, is to send them to small size business units in developing countries, with full P&L responsibilities. In one hand, it will provide them with a relatively safe environment to test their overall management skills, as much externally – how fast they can learn and permeate through a completely different set-up of networks and relationships that matter, as internally, controlling operations and gaining the respect of their people, who have been usually for much longer in the market, and might (or might not) know better.

These engagements usually last about two years, before the candidate raises the ranks – which happens in most of the cases, to a bigger market. So, what is at risk?

From a corporate point of view, usually not much – these small business units represent just one fraction of the revenue of any sizable country in the consolidated corporate lines, and the usual double-digit growth of the market will take care of any unfortunate action or decision, would it happen, from the new management.

Yet, from a personal point of view, what is at stake, is much more. Leaving apart the family shock of moving to a developing country – with all the stress it might convey, the General Manager is ‘home alone’, and, as any seasoned expat can give faith of, the task at hand it is not a home run. In a large extent of cases, the newly appointed GM does not speak the country language, and, in most cases, has only heard about his appointment, and, by extension, the country, about 6 months before the actual mutation.

The usual steps taken are common to all the companies observed, within the pharma sector, but also in the retail or other markets. This involves a couple of country visits with the significant other, house hunting, and another two or three business trips to discuss the situations and issues with the departing GM (with a little bit of luck, still available). The new GM receives – from the country or HQ-, the documents of strategic planning of the last years, and the country forecasts for the coming 1 to 3 years. This is the usual baggage with which GMs arrive to the new country, officially. Of course the new GM understands the risk of landing with such a meager baggage, and looks for more information through his/her own knowledge resources, for an objective assessment of the situation, in which case they resort to consultants, service companies or individuals that might have their own network to the country.

Whereas, from outside, this might look like an odd manner of managing ongoing concern business, as well as the carrier of future top executives, this is the usual manner in which the pre-arrival takes place.

Upon arrival, a steep learning curve follows, and not always in the optimal way. The local team might look at the new GM as friend or as a foe, very much depending on two factors: internal rumors and external market turmoil; none of which are easily controlled by the new leader– unless s/he has additional PR skills-and time to execute a whole project, single-handed, on this respect.

One thing is clear, whatever the situation is, internally or externally, everybody, with no exception, will jockey for position to try to please and show the good side to the new leader. It is human nature.

So what is what the new GM does upon arrival? Based on our observations, most of the GMs fall into two broad types of behavior. We will call them the ‘ongoing concern’ and the ‘change managers’. These names might look like stereotypes, but they reflect their main characteristic that will overdrive Habits and practices for the coming two years in the organization and on the country operations.

The “ongoing concern” managers will arrive to the business unit, and, after a couple of weeks listening to all the parts, will take a stance of maintaining operations, with an approach that could be defined as ‘if ain’t broke, don’t fix it’. Local operations will be undisturbed, and, two years later, the GM will leave operations with a healthy appearance, a good network, and ‘expected’ results – yet, ‘expected’ results that still lack on the readiness and performance in market turnarounds.  Yes, there are people who have good experiences as expat general managers, but they are not very common -- notice that, waters run deep on this matter, so what people say might not be what they feel. With no doubt, most of the people that go into this positions are good managers and good human beings– yet, a manager is not always a leader, and the circumstances force them into situations that are extreme – and it is human nature to respond to extreme situations on a suboptimal manner, which brings us to the second type of managers.

The second general manager is the ‘change manager’. Upon arrival to the country, and, like his (her) counterpart, listens attentively during several weeks to all parts, whilst s/he has already in his/her head a first blast – Plans for a turnaround strategy within 6 months, with a pet- project for the first 100 days, to demonstrate to HQ the imprint that s/he can make in the market and in the organization. In most of the cases, this turnaround plan will never happen – due mainly to the passive resistance to change of an organization that has been longer in the market than the new head of the organization , and that, despite the natural disagreement between functions, will align against the common figure of the expat GM. There are GM on this category (' change managers' ) that believe that applying the Napoleonic principle of ‘divide and conquer’ will force the organization through the change, and in order to do so, creates a ‘circle of trust’ with some selected heads of functions, hoping that this people will be on their side… which, deep down, they are not.

Whereas the ‘ongoing concern’ general manager procrastinates sales growth as well as personal development of the local people, the second one alienates the team, and jeopardizes the stability and the sustainability of growth. So, what to do? 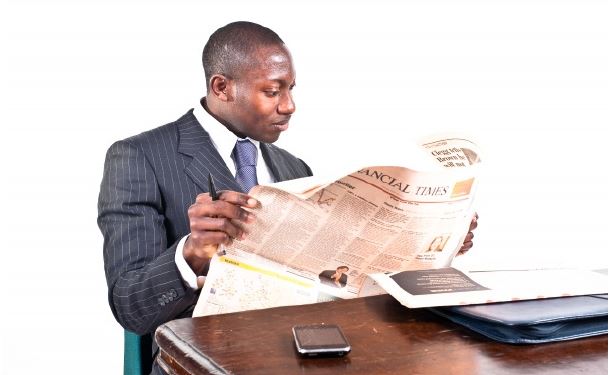 The first action is on the hands of the corporate HR directors, and would pass through stop parading the high fliers along small countries, as if they would be beauty pageants. The local team should be treasured and invested upon in order to grow local talent, to the point of creating internal candidates suitable for General Managers – after all, they are the ones who know better the market dynamics and access. Of course, internationalization, and cross-fertilization is good and brings value, but, how many MD or SD of developing countries make it to GM? Not many . And how many of them have been abroad – even less. And why? Because, in most cases, they have not been given the chance to grow and learn. Most probably, the large multinational companies are not going to stop sending rookies from HQ or large countries countries to their small-size operations .

Based on our observations, we would recommend to GM candidates some few tips, collected directly from experienced – and sometimes, traumatized - expat leaders in small countries.

A quoted Decalogue of what and what-not (boca di luppo) :

What our customers say about us....

‘ Zarzia provided an energetic, engaging training with a great depth of knowledge and a raft of interesting anecdotes with which to bring the subject to life.’  SFE & planning director, Southern Europe (Balkans)